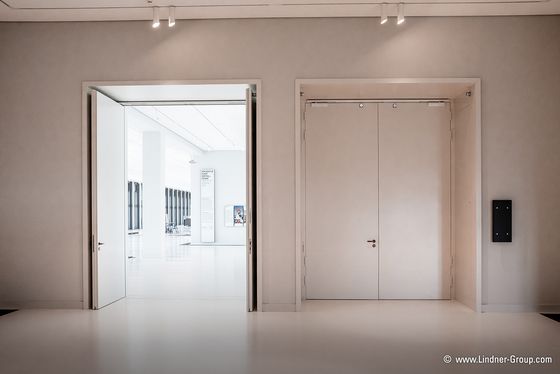 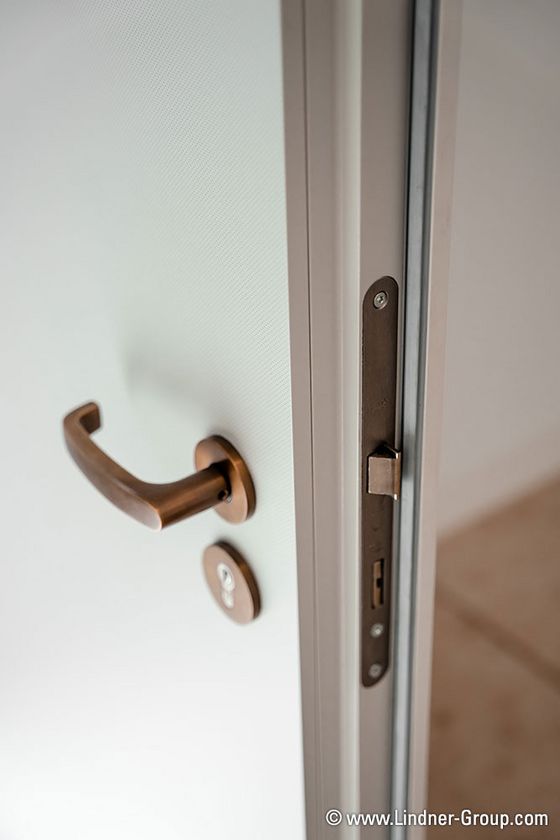 Where Berlin's City Palace used to be, a place for culture, science, exchange and debate has now been created: The Humboldt Forum gradually opened its doors to visitors last year after several delays. The opening of the almost 16,000 m2 east wing completed the commissioning of the old palace a few days ago. Lindner was represented on the project with its object design division.

Since then, the new old palace with its alternative use concept has been home to numerous collection presentations and temporary exhibitions as well as rooms for science and cultural events. For this purpose, the building, which is unique in its form, was reconstructed, which is why the baroque palace façade from the 18th century was faithfully restored on three sides of the building. The Spree side of the Humboldt Forum and the interiors, on the other hand, were given a modern character.

In order to do justice to the magnificent rooms of the old palace, Lindner installed numerous oversized doors inside the building with dimensions of up to approx. 3,550 mm door leaf height. In this way, the doors do justice to the high ceilings in the Humboldt Forum and support the spacious appearance of the institution. The doors can be found in the building in single and double-leaf versions and were partly installed as recess doors. The recessed doors are flush with the adjacent wall surfaces with minimal joints: As a result, they disappear almost invisibly into the wall niche and create a homogeneous appearance.

In addition to their visual appearance, the doors also fulfil numerous structural-physical requirements. Among other things, cultural buildings are subject to the obligation to fulfil certain fire protection requirements in order to protect both people and the building in the event of a fire. The installed doors prevent the rapid spread of fire thanks to smoke protection and fire protection class T30. In addition, with a door leaf thickness of 68 mm, the Lindner fire doors fulfil the escape route requirements according to DIN EN 179 and can therefore be used in escape and rescue routes without any problems. For additional convenience for visitors and staff, the door systems have also been designed as a fixed position or, in some cases, equipped with automatic drives.
For an equal appearance, in combination with the wall coverings, the doors were partly fitted with doublers. COMPlacq acoustic with a microperforation of 0.4 mm ensures design, sound absorption and non-combustibility.

The Lindner Fireshield I90 inspection door provides extra protection for the service shafts, safely closing the inspection openings in terms of fire protection.