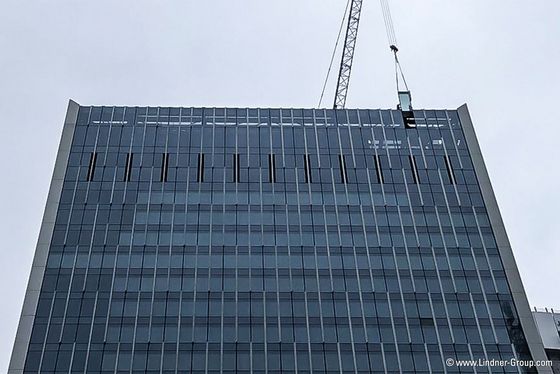 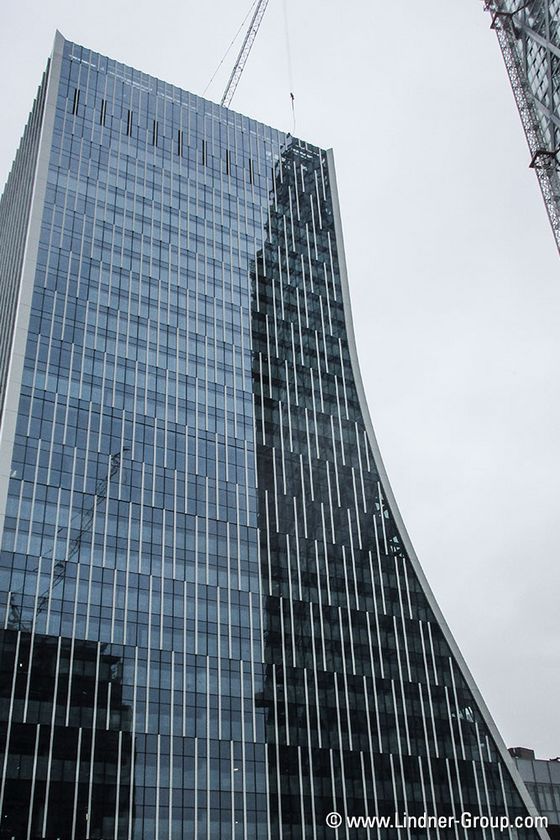 In the end of January, Lindner Facades Ltd. installed the last element of the impressive glass facade in the new building on 1 Bank Street in London.

In the heart of London’s Docklands, in the district of Tower Hamlet in Canary Wharf, high-rise office buildings are getting more and more. Canary Wharf is not only the financial capital of London, also major British media like The Daily Telegraph and The Independent have settled here.

Since the beginning of this year, the finished property 1 Bank Street is standing among these modern office buildings. On January 24th in 2019, Lindner Facades Ltd. installed the last facade element. Therefore, another project in Great Britain was completed. In a construction period of merely 14 months, Lindner Fassaden GmbH in Germany manufactured 5,500 facade elements and safely rushed them to London.

The modern building offers sales and office areas on 26 floors and a unique sight over the city and the Thames. Moreover, there are two atria and generously arranged green belts. Those invite for a walk on the Docks. Next to the building 1 Bank Street, Lindner Facades Ltd. has realised many projects in Great Britain. Among others, there is Block F of the Imperial College in London-White City.