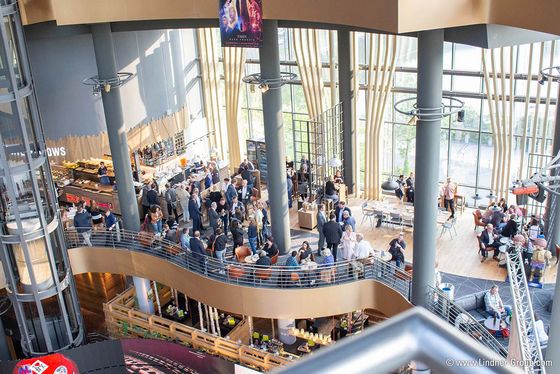 On 22 May 2019, the first Lindner Film Night took place in Cinedom Cologne. The Cinedom is the third largest cinema in Germany and was recently renovated by Lindner. The customer event was well received by all participants and the invited guests.

The registration for the Lindner Film Night was connected with a link to the film preselection: With the acquisition of free tickets for the big customer event in Cologne, the guests could simultaneously vote for their favourite film. On May 22, the premiere of the Film Night took place in Cologne's Cinedom, which was recently renovated by Lindner. The reception with catering at the Coffee Fellows was followed by a welcoming greeting in the cinema auditorium Black Box. After a last chance to get popcorn, etc., the Oscar-winning film "Bohemian Rhapsody" was shown which had made the run in the vote in advance. As a special highlight, Lindner previously gave away four tickets to the Bundesliga showdown between 1. FC Köln and FC Bayern Munich in the Allianz Arena in the season of 2019/20. This allusion to the Cologne customers caused great amusement. At the after-show party the guests celebrated until late at night.