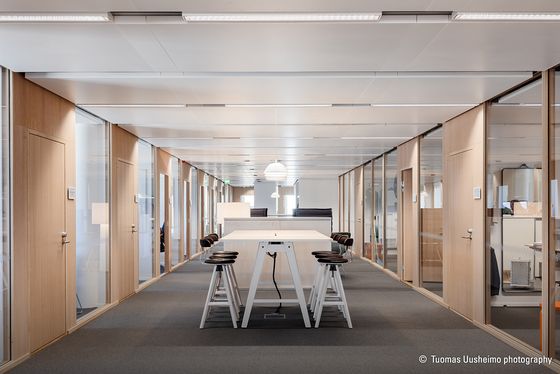 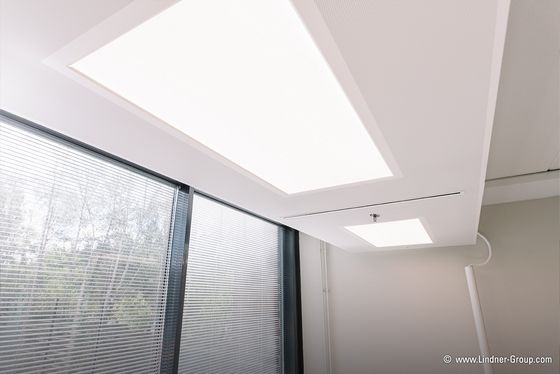 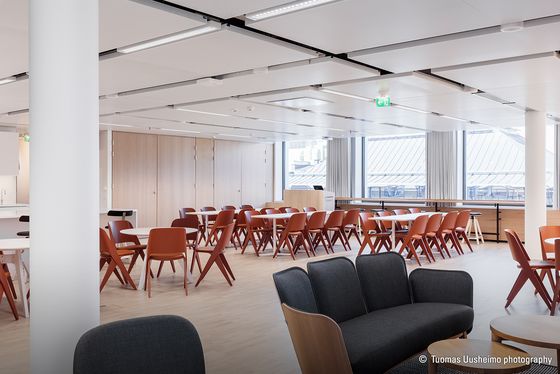 A Step towards Sustainability

The capital Helsinki is planning climate neutrality by 2035 – ambitious goals for a country that mainly uses peat to produce electricity and heat. The climate gases from peat burning are responsible for more than 10 per cent of Finland's CO2 emissions and are thus nowhere near as sustainable as they seem. In the future, the Finnish government wants to focus on comprehensive electrification, especially in the areas of production and transport. However, this requires fundamental changes – also in the private and commercial sectors.

One possible solution is to switch to modern heated and chilled ceilings in companies and public authorities. These not only have high performance and excellent heat transfer, but are also low-maintenance and energy-efficient – helping to reduce the ecological footprint. While this option for room air conditioning is already relatively widespread in Germany, climate ceilings are still a rarity in Finland: the Kasarmikatu 21 and Vapaala Headquarters Caverion office buildings are thus considered special in terms of their heating and cooling technology.

Kasarmikatu 21 is considered a beacon project for chilled ceilings in Finland: in addition to its flexible construction, the building impresses with its energy efficiency and sustainability – implemented, among other things, by economical heated and chilled ceilings. Together with SARC Architects from Helsinki, the Lindner Group specified and implemented the chilled ceiling system with integrated lights for the new office spaces. The customer provided a ceiling mirror for this purpose, and Lindner then took over the positioning, design and clarification of details. Individual special luminaires from the Lindner Leuchtenfabrik were also integrated into the climate ceilings and bathe the rooms in a pleasant light.

Caverion, a provider of building services and building technology, has its headquarters in Vantaa, Finland: Modern office spaces with various areas for cooperation, concentration and creativity await the approximately 450 employees. As a long-standing customer, Caverion had been installing Lindner chilled ceilings in Finnish buildings for some time – now it was the company's own turn. In the end, the offices were even used as a trial for an innovative ceiling system: Completely in line with Caverion's wishes, Lindner developed a special canopy ceiling with integrated luminaires and ventilation. In a patented process, the luminaires are cooled from behind – this ensures additional performance and special energy efficiency.