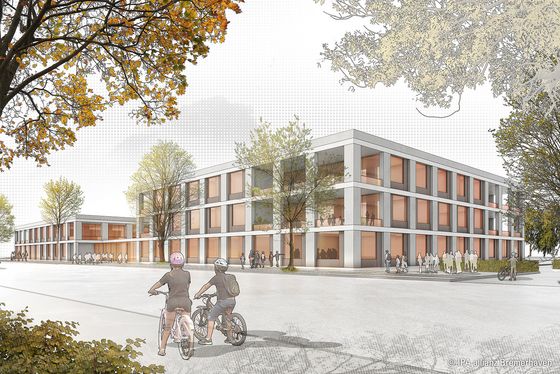 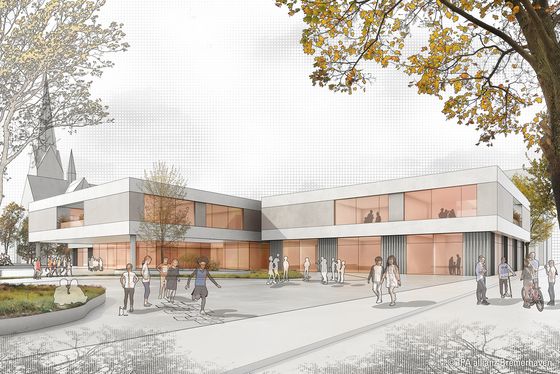 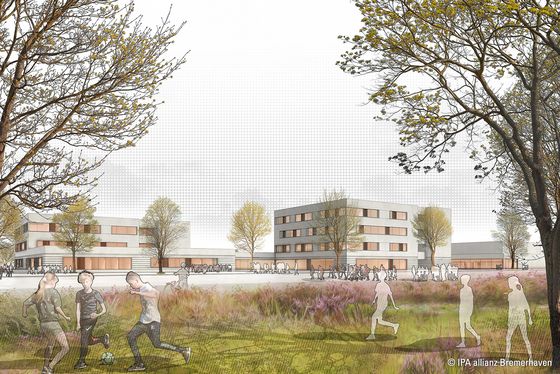 Until now, classes have been held in containers – but this is soon to change: By summer 2025, the municipality of Bremerhaven plans to build three new, inclusive educational facilities in the districts of Lehe and Geestemünde. Lindner has been commissioned as an alliance partner with the interior fit-out and structural engineering.

With this school construction project, the city of Bremerhaven is responding to the growing number of pupils and the legal entitlement of primary school children to all-day care from 2026. With the help of the new buildings for the new Lehe secondary school and primary school as well as the Hamburger Straße school centre, the city's attractiveness for families and the much needed teaching workforce is also to be increased.

A new Standard for Educational Facilities

With the development of schools – away from conventional teaching to modern knowledge transfer – the spatial requirements for school buildings and classrooms are also changing: As a result, contemporary design concepts have to be developed that meet the children's learning requirements. In this context, the three new schools serve as flagship projects of pedagogy by taking up the concept of cluster schools. Here, different classrooms are combined into a spatial alliance and arranged around a common, open centre – such as a break or common room.

Working in an Alliance

The Hamburger Straße school centre and the new Lehe secondary school and primary school are being realised in the Integrated Project Alliance (IPA) model: Thus, the construction project is the first IPA project involving the public sector in the field of building construction in Germany. Together in a multi-party contract, the alliance team – consisting of the client, architects, specialist planners and executing trades - works together from the very beginning. By bundling all participants in one process, complex project procedures can be optimised. Construction costs and times are also made efficient and predictable for everyone. The architects von Gerkan, Marg und Partner (gmp) were commissioned as alliance partners for the building construction. As a partner of the Alliance 3 Schools Bremerhaven, Lindner is responsible for the execution of the interior fit-out as well as the TGA.

Together with all Participants

In collaboration with all eight alliance partners and other architects, two design drafts were developed for each school in 2021. In a jury decision at the beginning of April 2022, the interdisciplinary decision-making committee chaired by architect Barbara Pampe agreed on the final designs for the schools. The committee – consisting of members of politics, school administration, pedagogy, district conference and architecture – decided on the "Triangel" design for the three-form entry primary school in the Lehe district: the concept for the school building near Ernst-Reuter-Platz convinced the jury above all with its versatile forum that includes a music room. The five-room secondary school, which is also located in Lehe, will be realised according to the "Werkstadt" design concept: Thanks to a central meeting place in the heart of the educational institution, the school will in future support the exchange between pupils and teachers as well as everyday learning situations. The Hamburger Straße school centre in Geestemünde will house the Allmerschule and the Oberschule Geestemünde (former Kantschule) in the future: the new three-form entry primary and secondary school will offer enough space for the two school communities to grow together according to the "3 courtyards" concept. The centrepiece of the school building will be a spacious multifunctional area and a cafeteria. The implementation of the concepts for the three new schools in Bremerhaven is scheduled to begin as early as 2023.