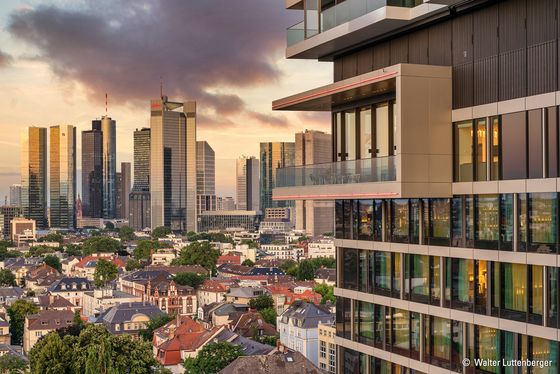 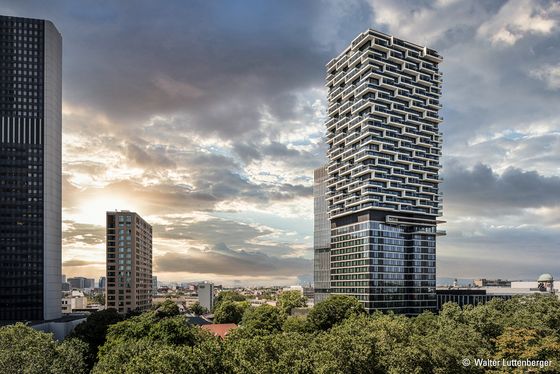 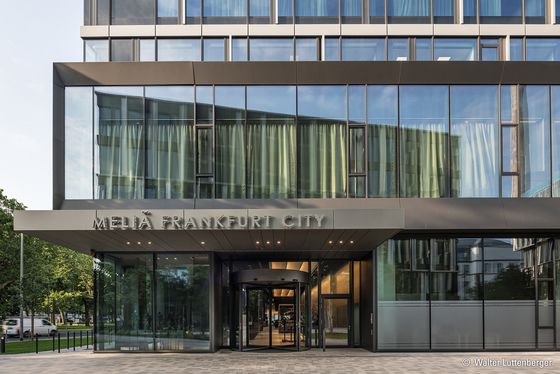 In the middle of Frankfurt, Lindner, together with architects Andreas Moser and Oliver Cyrus, created two new high-rise buildings in the new Senckenberg Quarter. The ONE FORTY WEST and the Senckenberg Tower are two further highlights in the four-part building ensemble on the site of the AfE Tower, which was demolished in 2014.

"At Home up High"

As a hybrid high-rise, ONE FORTY WEST combines 187 state-of-the-art condominiums, a 4-star-plus hotel and top-class gastronomy. The 145-metre-high building offers luxurious living above the roofs of Frankfurt am Main: Equipped with floor-to-ceiling panoramic windows, glass balcony parapets and "sky lounges", the flats offer a spectacular view of the skyline of the stock exchange city and the Taunus hills.

Lindner Fassaden was involved in the ONE FORTY WEST project with customised facade systems including balcony brackets: Prefabricated in the factory and attached to the building by means of steel brackets, the balconies spiral around the building with a total length of three kilometres. The lower part of the building, used as a lobby and hotel, was wrapped in a discreet but no less high-quality steel post-and-beam facade. For the base building, a rear-ventilated glass-fibre concrete cladding was chosen, combined with sheet metal cladding and perforated windows.

Assembly Accurate to the Millimetre

In addition to the development, production and delivery of a wide variety of facade elements, Lindner also carried out the logical preparation, planning and handling of the professional assembly. This was carried out using specially manufactured frames: In particular, the tolerance in connection with the 10 mm joint pattern for the glass railings, the sheet metal cladding in the soffit and the end walls of the balconies had to be taken into account. For the balcony systems, glazing of the balcony segments was therefore dispensed with in advance to minimise the risk of glass breakage. As a result, additional work steps or assembly teams were necessary, among other things.

However, Lindner was not only involved in the new construction of ONE FORTY WEST – Lindner also had a comprehensive contract in the immediate vicinity: The new construction of the Senckenberg Tower aka 99 West was completed at the beginning of the year. The office tower in the Senckenberg quarter was equipped with various Lindner Floor Systems as well as system partitions, plasterboard walls and doors. Services such as painting, wallpapering, screeding and plastering were also carried out by Lindner. The contract also included the tenant fit-out of floor 14 and the basic fit-out of floor 25, consisting of hollow floor systems, WC cores and corridor walls. A further contract for the tenant fit-out of floors 18 and 19 has already been obtained.