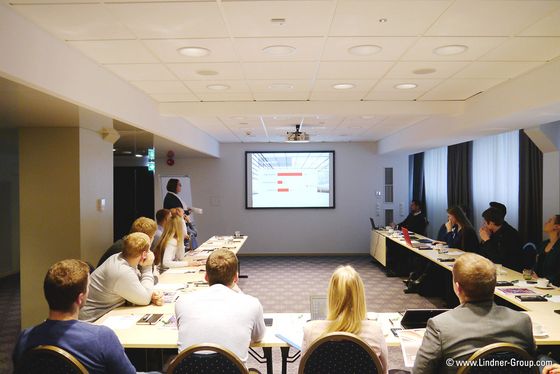 For this reason, the division Lindner Objektdesign organised, together with the colleagues from the partner company procurement, an information event in close cooperation with Enterprise Estonia and the German-Baltic Chamber of Commerce. Under the motto "Lindner Meets Estonia – Networking with Estonian partner companies", local companies specialised in ship fit-out, interior fit-out, doors, furniture and metal construction came to the Estonian capital Tallinn. Due to the very large response, the event took place on two consecutive days.

In addition to the introduction of the Lindner Group and the division Objektdesign, the procurement processes at Lindner were shown. The regional president of the German-Baltic Chamber of Commerce, Ms. Aet Bergmann, sensitized the participating companies for the legal requirements and special features for working in Germany. In the afternoon there was an open exchange between all participants. The successful event was rounded off by two interesting production tours at a manufacturer of wall and floor coverings made of real wood and at a door manufacturer. The response for “Lindner Meets Estonia” was extremely positive.