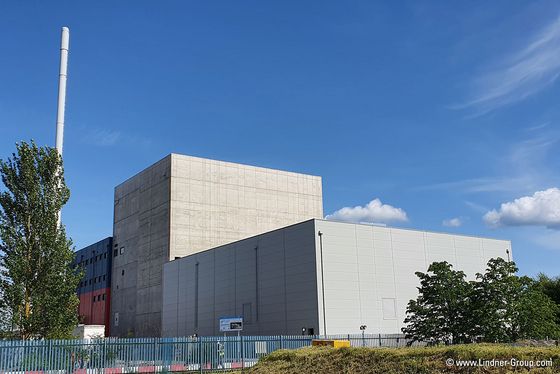 Lindner has been awarded a contract for thermal and sound insulation for a waste incineration plant in Dundee, Scotland. It’s the third ongoing insulation project alongside two others in England and Serbia.

At the waste-fired power plant in Dundee, the boiler plant, the water-steam cycle, pipelines and various process components are being insulated. Overall, the insulation work, which is scheduled to be completed this summer, covers a surface area of 7,300 m². The plant engineering company Standardkessel Baumgarte from Bielefeld commissioned Lindner. The operator is the Mannheim-based energy company MVV, which has already implemented two similar projects in Great Britain – where Lindner was involved as well.

The waste incineration plant is designed for an annual throughput of 110,000 tons of waste. It generates electrical energy with a capacity of up to 10 megawatts and thermal energy with an output of up to 17 megawatts.