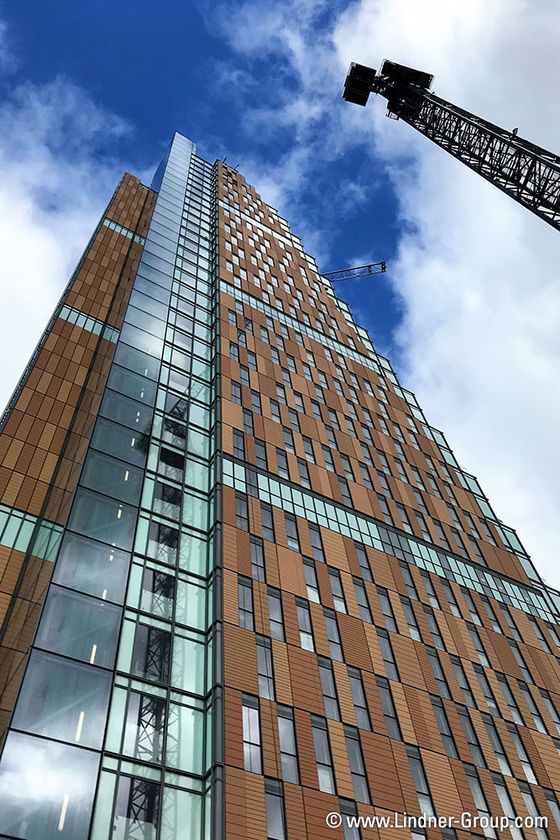 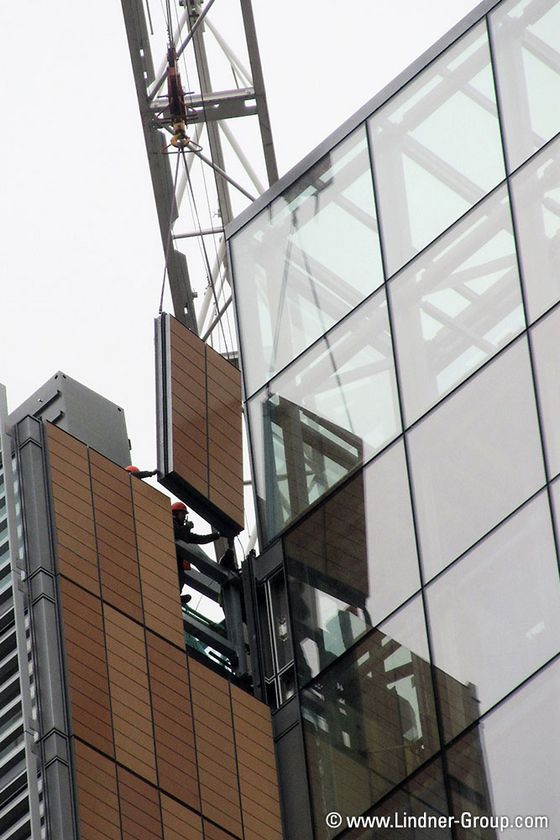 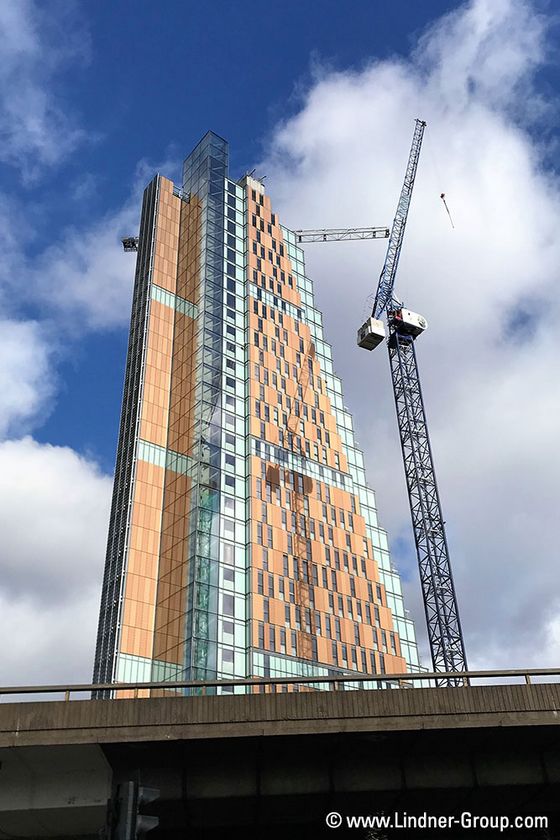 Shortly ago, the last piece of Lindner Facade´s terracotta facade was fixed to the new Block F of Imperial College in London White City.

The Block F is a 34-storey residential tower in west London, created to house the employees of the Imperial College in its 198 apartments. It was constructed as a part of a large-scale area regeneration project that saw the development of ten new buildings for research, business, education and living.

The general contractor Laing O´Rourke Construction Ltd contracted Lindner Facades Ltd with the construction of Block F´s destinctive Fassade, which combined with the building´s height makes it easy to distinguish even from afar. The facade is a unitised system that is stepped each second floor on one side of the building. These steps serve as terraces that can be accessed through integrated sliding doors. The stepped side has also been fitted with shading louvres. A large area of Block F´s facade constists of terracotta-cladded units in several different shades. However, there are also fully glazed areas, such as the lift shaft and the stepped side of the building.