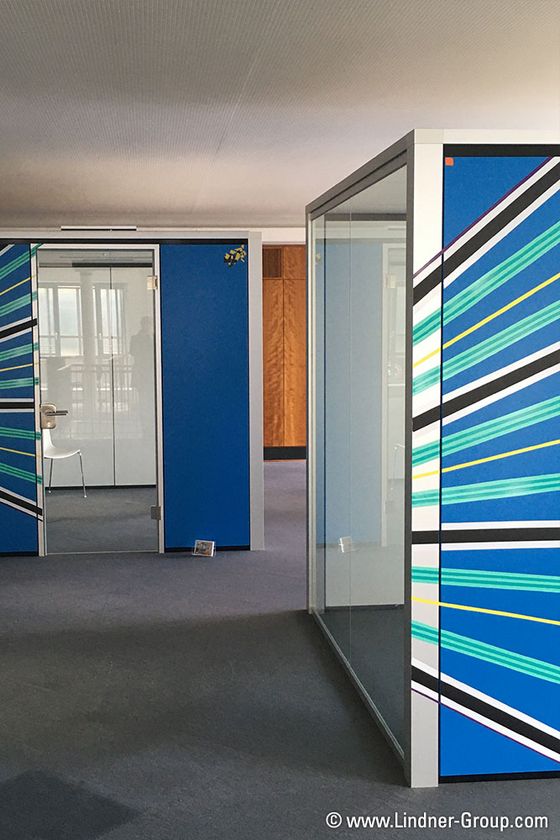 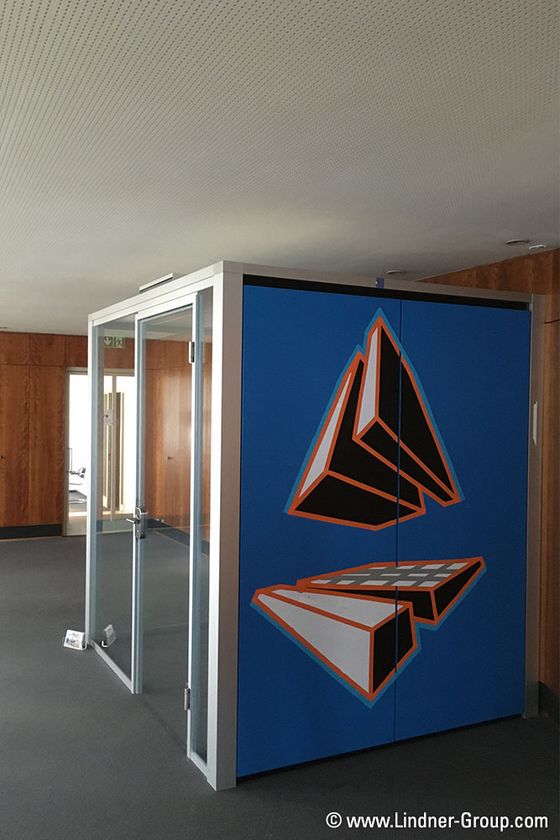 In the CLUBHAUS "BREAKOUT" of the Munich city magazine for culture and creative industries MUCBOOK, three Lindner Cube room-in-room systems found their second home. In the co-working space they provide separate, soundproof areas.

The MUCBOOK CLUBHAUS is located at Munich Central Station. The BREAKOUT is an interim use where creative professionals, innovators and artists find some room for their work – in the city without space.

The Lindner Cubes in the BREAKOUT create space for concentrated work but also for meetings and phone calls. The room-in-room systems are already in their second phase of use: they were originally manufactured for a project in Frankfurt. After being deployed there, they are now being reused in Munich. The Lindner product range is extremely durable, that way, a sustainable and long use is possible. The three Cubes owe their new look to an artist who decorated the glass walls with his art made of tape.

Lindner has been promoting sustainable construction since the 1990s. Material cycles and the Cradle to Cradle® principle play an important role. Like the Cubes in the MUCBOOK CLUBHAUS, the entire Lindner product range is extremely durable and long-lasting. That way, multiple usage phases are possible.