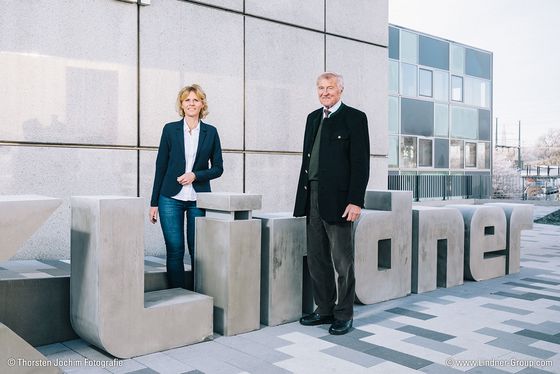 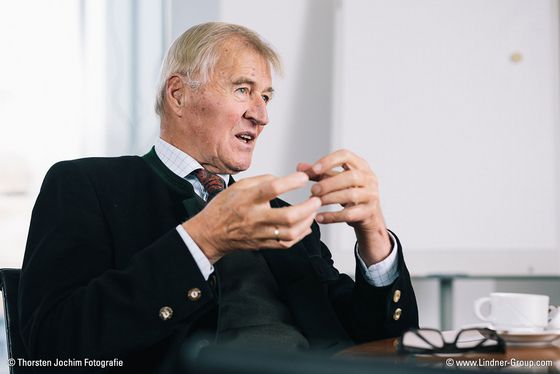 For the twelfth time, the German newspaper Handelsblatt awarded "Pioneers of the Economy" in Germany last night. The Lindner Group is now a proud member of the “Hall of Fame of Family Businesses” of the newspaper.

The founder of the Lindner Group, Hans Lindner, and Veronika Lindner, chairman of the board and part of the second generation of the entrepreneurial family, were ceremoniously welcomed into the "Hall of Fame of Family Businesses" by the German business newspaper Handelsblatt together with four other family owned German companies.

Dr. Vera Elter, board member for personnel and family businesses at the accounting firm KPMG, who had visited the company in advance and met the Lindner family, was thrilled with the company. Hans Lindner’s black bike "embodies the three characteristics that distinguish him: being down-to-earth, foresight and sustainability", she said. The fact that all four of the founder's daughters and their partners are active in the company impressed as well.

Find out more about the special award and the company here.